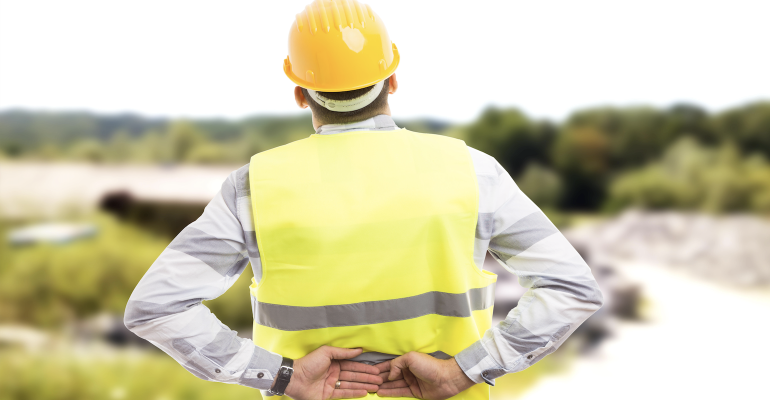 One contractor said it has seen a 75% reduction in recordable injuries over five years because of its use of PTs on-site.

Some large contractors are reducing absenteeism and logging fewer OSHA-recordable injuries by inviting physical therapists to work on their jobsites.

It’s not unusual to have an EMT standing by on a construction site in case a serious injury requires medical attention or a trip to the hospital. But at a smattering of large jobs around the country, physical therapists are tending to the typical sprains, strains and pains that can occur while lifting, squatting, reaching and tripping during the course of normal contractor work.

“It needs to be thought of not only as a cost-saving measure and a way to control OSHA metrics, but also as a worker benefit,” said Chris Studebaker, the national director of onsite therapy and athletic trainers for Addison, Texas-based Concentra, which places physical therapists, athletic trainers and medical professionals with construction companies, manufacturers and industrial employers. “They can help a worker with a relatively minor health issue before it becomes a more debilitating injury.”

Andzejewski said his company saw a 75% reduction in recordable injuries over the previous five years once it brought physical therapists onto all its jobsites.

OSHA requires most employers of more than 10 workers to report work-related injuries that result in broken bones or the loss of consciousness, absences, restricted work or a transfer to another job, or that require prescription medication or medical treatment beyond first aid. Employers do not have to record surface wounds or injuries that can be treated with bandages, massage or aspirin.

Frequent reports of recordable injuries, noted Studebaker, are “bad for business,” as potential clients tend to shy away from contractors with poor safety records.

On-site physical therapists conduct a “very robust orthopedic assessment of workers” as well as “flexible taping, heat, ice, soft splints or wraps,” Studebaker, who holds a doctorate in physical therapy, said. “What ends up happening, while you have a little bit of a pared down set of services that you can offer compared to the outpatient setting, you get ahold of the worker at the onset and … can do this set of interventions.”

Melissa Gill, owner of Minneapolis-based On-Site Solutions Physical Therapy, said the  professionals she places on contractor jobsites and in manufacturing plants are able to manage the complaints of  92% of the injured workers they evaluate rather than sending them out for medical treatment. Studebaker estimated that the return on investment on hiring an on-site physical therapist is between $3 and $5 for every $1 spent on the program.

But treating musculoskeletal injuries—which account for 77% of occupational illnesses among construction workers—is just part of the on-site therapist’s job, Gill said. Preventing those injuries by educating and observing laborers takes at least 30% of each therapist’s time, she said.

During new-employee orientations, the therapists teach employees about body mechanics. On some jobsites, they conduct morning warm-ups with laborers.

The therapists tell new hires: “You’re starting a new construction job [and] your body is going to be sore, so drink water, sleep, take breaks,” Gill said. “Here’s a low-back stretching program. … It sets them up for less aches and pains. It sets them up to be more successful.”

Andrzejewski recalled walking a jobsite with Gill, who holds a doctorate in physical therapy, when they noticed a worker grimacing and rolling his shoulders. She approached him and determined that the way he was using his body was causing the pain, and then showed him an alternative way to accomplish the task and some therapeutic stretches to do at home.

“That’s so easy to spot on the jobsite,” Andrzejewski said, “but a safety pro without the training or without the PT might ignore that … or might not have the training to help the person out.”

He called the incident “an ergonomic save,” an intervention before an injury occurred.

He credited Gill with revealing that back pain among the electrical workers on Hunt crews was just as much of a problem as shoulder discomfort, which is rampant among those who work on overhead wiring. “So we refocused,” Andrzejewski said.

At Hunt, the physical therapist is part of a wellness team that sometimes includes physician assistants. The team, which may work on-site full time or part time, depending on the size of the construction crew, is authorized to help workers with injuries and health complaints that are not job-related, Andrzejewski said.

“We didn’t care if they were hurt on the job or off the job or at the bounce house with the kids, he said. “The PT would help them out.”

He added, “That’s part of the active caring environment we tried to create.”

Gill agreed that offering free physical therapy to employees is a way for a company to show it cares.

“These types of programs of preventing injuries from happening goes a long way with the employees,” Gill said. “It really shows the employee you care and you’re trying to do what you can to help with their quality of life.”