How to Build a Company Culture That Increases Retention and Profits 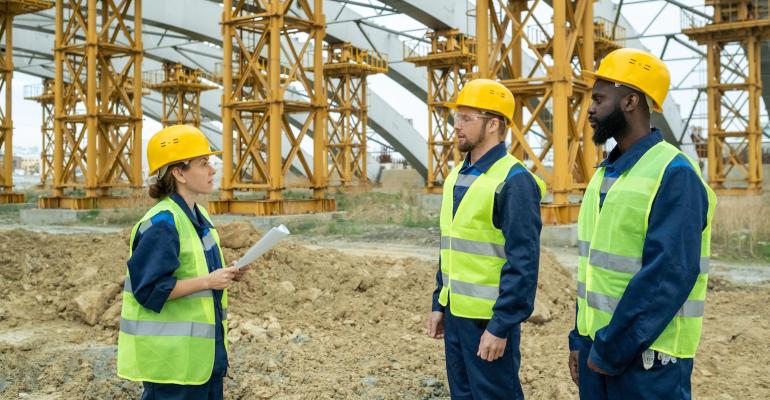 Businesses with outstanding corporate cultures have more productive workers and higher retention rates and are more profitable. That’s because their employees trust their supervisors, have pride in their organization and feel camaraderie with their co-workers, according to Wally Adamchik, president of FireStarter Speaking and Consulting.

“People don’t want to be treated bad and they want something they can believe in and be part of,” Adamchik told contractors attending the World of Concrete in Las Vegas recently.

Adamchik, who grew up in a construction family, presented a number of ideas about how construction companies can elevate their culture during his presentation.

How does an employee know when they are doing something right at a construction company? “The answer usually is I didn’t get my ass chewed out,” Adamchik said.

He noted that younger workers are growing up in a generation “where everyone gets a trophy” and they want to be recognized. That may not be the way you came up in construction, he added, but he challenged the contractors to change in order to hire and retain millennials and other younger workers.

“Everyone wants a pat on the back,” he said. “Catch them doing something right. You can say, ‘Thank you, atta boy.’ There is so much you can do from this perspective. It’s a big opportunity for your company.”

He suggested managers create a recognition spreadsheet and “make sure you have a check mark next to every one of your employees.” This is important to your company culture, he said, because “When the boss recognizes me, I trust him more.”

But recognizing individuals doesn’t mean you need to lower your standards, he added.

Another thing companies with outstanding cultures do is help their employees succeed by providing effective training. “They all want to be coached,” the presenter said. “Help them get better.”

SSC feedback is a positive statement. For example, he said instead of saying sternly, “You know you need to put on your PPE before you get on site,” you could say, “Hey, (employee name), in the future, it would be really helpful if you put your PPE on correctly before we start the job.”

“Stop telling people what to do; start giving them a choice,” he said. “That sounds really soft,” he told the predominantly male audience, “but it works. Give it a try.”

SBI is another effective technique for giving feedback. For example, you can say, “Yesterday at the morning meeting, you had the numbers ready, and we looked really good in front of the owners.”

There are many reasons supervisors should delegate responsibilities, including growing their staffers’ skill sets, but managers often don’t do that because they believe they can do the task faster or just the opposite: They are afraid the other person will do a better job and they will be fired.

“Do you know what’s happening in the construction industry?” Adamchik said, alluding to the worker shortage. “You are not going to get fired.”

Companies need to train and develop employees to elevate and retain them, he said. And training doesn’t have to be formal; it can easily take place in 15-minute toolbox talks, he added.

Adamchik said that “our generation works like crazy” but that young people want better work-life balance. One way to do that is through flexible work arrangements.

He said he knows a lot of contractors don’t think flexible schedules—allowing employees to work four 12-hour days, come in earlier or later, have a guaranteed weekend off or guaranteed pay for inclement weather—are possible for jobsites. But he warned: “If you don’t do (flextime), someone else will. It’s a great way to get people to stay and another way to say work-life balance matters.”

Another reason work-life balance is vital is because “a construction worker dies by suicide once every 12 minutes,” Adamchik said. “This industry is just about as bad as the military.

“Mental health is the new frontier of safety,” he said. “We’ve gotten incredibly safe, but we only really care about it on our (total recordable incident rate). What are we doing to make sure people are safe at home?”

He said many of his clients are implementing mental health first-aid classes, and he recommended mantherapy.org, a website that uses comedy and satire to get men to seek help.

Adamchik said the best way to find job candidates is through current employees, and his research shows that nearly 90% of workers say they would recommend their company as a good place to work. But they don’t. That’s mainly because even if their firm has an employee referral program, they forgot it exists.

Plus, these programs often don’t generously reward for referrals, and they wait six or more months after the new worker starts to pay out. He said you should give the referring employee money right away.

When asked about their programs, only a few audience members said their firms had referral plans. But a couple said that their firms are paying $1,000 to $2,000 quickly to workers who refer others who are hired.

Finally, Adamchik said don’t hold employees responsible for interviewing the job candidates, who could be family members or friends. “That’s your job to vet them,” he said.

Companies with excellent cultures communicate regularly and often with their workers, and they do so with group text or other platforms that allow for effective communication with everyone.

“You’ve got to be communicating more and meeting them where they are,” he said, noting that could be on social media as well.

How and Why to Conduct a Construction Project Autopsy
Jan 17, 2023

Bidding and Contract Do’s and Don’ts for Subcontractors
Jan 17, 2023