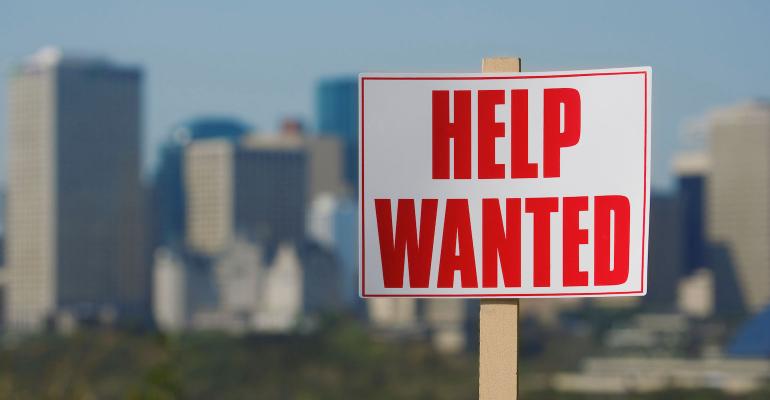 Nearly three years after the onset of the pandemic, COVID-19 absences on construction sites have slowed but continue to exacerbate a years-long labor shortage.

“At this point,” said Brian Turmail, spokesman for the Associated General Contractors of America, the industry is “lumping in absenteeism with the broader problem of worker shortages.” COVID-19, he said, was “the straw that broke the camel’s back when it comes to [worker] shortages.”

For some contractors, absences because of COVID-19 and the flu in a workforce that is generally resistant to vaccinations have created a new operating normal that involves relaxed attendance policies that encourage laborers to stay home when they are sick and longer lead times on jobs because of the expectation that fewer workers could be out without warning.

Studies conducted once COVID-19 vaccines became available showed that construction workers were the least likely among employees in all occupations to get the shots, largely because they feared side effects, did not trust the government or bought into the rhetoric of politicians who discredited the impact of the virus or the vaccines. One report from Colorado showed that more construction workers died from COVID-19 during the pandemic’s first year than employees of any other industry in the state.

Garth Snider, chief operations officer for Humphries and Co., an Atlanta-based general contractor specializing in office interiors, said the coronavirus drove large numbers of laborers out of the industry not only because they got sick but because they found “less-taxing professions” that don’t require “the heavy lifting or showing up at 5 o’clock in the morning” to be more attractive—leaving the already-shrinking labor pool even smaller. A February analysis of labor demand and supply by Associated Builders and Contractors predicted that the construction industry would face a 650,000-employee shortfall in 2022.

Whether the shortfall is the result of COVID-19 or other reasons, noted Kelley Thomas, vice president of human resources for New South Construction, a general commercial contractor in Atlanta, “it is what it is.”

Thomas, whose company shut down a few jobsites—sometimes for a week at a time—because of COVID-19 absences in 2020 and 2021, said the crews are not calling in sick any more than the prepandemic normal, but the company is prepared in case of absences.

For one, Thomas said, New South crews “are heavily stacked” so work doesn’t have to stop if two or three people on the same job are out on the same day.

“It’s not one superintendent and one [laborer] out there,” she said. “We have 10 to 15 people on a jobsite between management and field positions. It’s highly unlikely that we would shut down a site.”

“We just keep trucking,” Thomas said, noting that the company would turn away jobs if it found itself so short-staffed it couldn’t handle the work.

She said she’s more concerned that workers will drag into work sick and infect others than she is about a work stoppage because of flu and lingering COVID-19 absences.

How contractors are dealing with shortage challenges

AGC’s Turmail said powering through worker shortages is nothing new for the construction industry.

“They’re all in their own way making it work,” he said, noting some firms are bidding on fewer projects, managing the expectations of jobsite owners by padding their timelines, and updating their technology and techniques to make them more efficient.

“By and large, that’s what this industry does,” Turmail said. “These are firms that every day are presented with problems. The way they’re successful is because they are able to overcome those challenges.”

Snider estimated that the pandemic increased the shortage by approximately 20%--for both inside and outside jobs.

“We hire people … in marketing and sales,” Snider said. “It’s proving difficult to get people to come into the office five days a week and being in the office at 7” a.m. because firms in other industries might be more likely to allow them to work from home at least part of the week.

Still, Snider said, his company has not had mass COVID-19 absences in more than eight months. “I sat there and watched a lot of people get sick very quickly on our jobsites [in 2020 and 2021], but I just don’t see that anymore,” he said.

Like most construction firms, Humphries encouraged but did not require workers to be vaccinated during the pandemic unless specific clients demanded it on their jobsites. Workers who refused were sent to alternative sites, Snider said. But often, once an owner understood that a lack of vaccinated construction workers could slow down the project, “It’s surprising how many people would change their minds” about the requirement.

The work-around, Snider said, was to cordon off some areas, keep workers outdoors and scheduling work after hours so laborers did not have to mingle with a client’s daytime employees. The company also did temperature checks, designated some elevators for construction workers only and “found ways to makes sure our men didn’t come into contact with any other occupants of the building.”

“We found ways to eliminate some of their concerns and found a way to not make an eight-month project a 12-month project,” Snider said.

By last year, noted Atlanta attorney Bert Brannen, who works with clients from industries including construction, both workers and the firms that hire them began suffering from what he called COVID fatigue.

The best they can do, said Brannen, a partner with Fisher Phillips, is to “tailor to the circumstances. … “There’s no magic answer to keeping things going.”

Solving the Labor Shortage by Redefining a Tradesperson

6 Ways Roofers Can Use Diversity to Fight the Labor Shortage