Bidding and Contract Do’s and Don’ts for Subcontractors 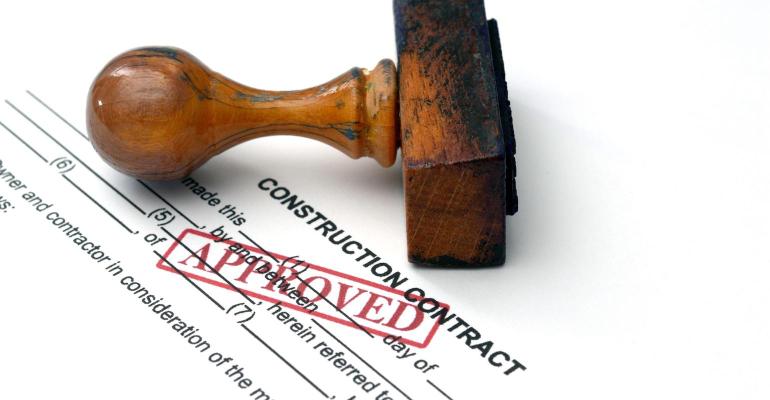 World of Concrete attendees got some valuable tips from an industry legal expert on how to prepare better bids and avoid contract defaults.

Being a subcontractor can be a stressful experience, especially when you’re running your own business. Karalynn Cromeens, an attorney who specializes in construction law, said she understands all too well just how difficult it can be.

Before getting her law degree, Cromeens started a construction materials company with her husband and called it “the most painful thing I’ve ever done in my whole life.”

“(Your business) really deserves to be protected,” she said.

Cromeens, the author of a book titled “Quit Getting Screwed: Understanding and Negotiating the Subcontract,” hosted an education session on Monday at the World of Concrete in Las Vegas that focused on contractor horror stories and offered tips to avoid legal disaster. She also hosted a podcast, “The Quit Getting Screwed Construction Podcast,” that is broadcasting live from Booth N0362 on the show floor.

She said the bidding process is a crucial step that can often be a pain point if language in proposed contracts is not clear.

“Once you put (your bid) out there it’s a legal offer, meaning it can be accepted,” she said. “So we have to make sure it’s right the first time.”

Cromeens said that, as an attorney, she prefers itemized bids over proposed scopes of work. “If (the itemized bid) is accepted, the itemized part is what’s accepted as opposed to... ‘I’m going to do the full scope for this price.’”

Cromeens said that if you miss something in a bid that only details a scope of work, you’ll likely be stuck having to complete whatever work was missed.

Considering the economic climate of 2023, Cromeens suggested placing protections into bids that can safeguard against variables like material costs that are beyond a contractor’s control.

She said adding a clause that allows contractors to recover the difference in material costs if prices rise more than 2% is a good start.

“Once your bid is accepted, you’ll need to make sure that these things make it to your contract,” she said. She also advised subcontractors to seek out copies of a project’s prime contract because the terms are likely going to be incorporated in a sub’s contract unless they are removed through negotiations with the general contractor.

Subcontractors should also be on the lookout for potential contractual defaults, which Cromeens said can occur for a host of reasons ranging from failing to turn in daily reports to not paying material suppliers on time or falling behind schedule. “All of those things under the contract are technical defaults,” she said. “I tell you that not to say it’ll happen every time but just to say that it could be considered a default.”

She said notices of default don’t have to come from lawyers. They could be sent from the general contractor as emails or even texts. Cromeens said it’s important to respond in writing to these notices with either an acknowledgement of the problem and what will be done to address it, or a reason that you disagree with the default notice.

“Those emails…could be used against you to show that you’ve been in default the entire time,” Cromeens said as she warned against not responding to default notices.

When projects go sideways, some subcontractors are tempted to walk away, but Cromeens said this is often not a viable option.

“If you have to be replaced, whatever it costs over that dollar amount you promised for that scope of work, you’re on the hook for.

“I’ve seen it happen several times,” she added. “It especially happened a lot when there was no built-in material supply increases.” Cromeens said that sometimes, subcontractors she’s dealt with have owed hundreds of thousands of dollars for walking away from jobs.

She says attorneys draft contracts thinking there’s going to be a negotiation between all parties involved in them.

“It’s all very one sided, and when that negotiation doesn’t happen, all that one-sided stuff just became the default.”

How and Why to Conduct a Construction Project Autopsy
Jan 17, 2023