The Seductiveness of ‘No’ and How to Move Toward ‘Yes’ 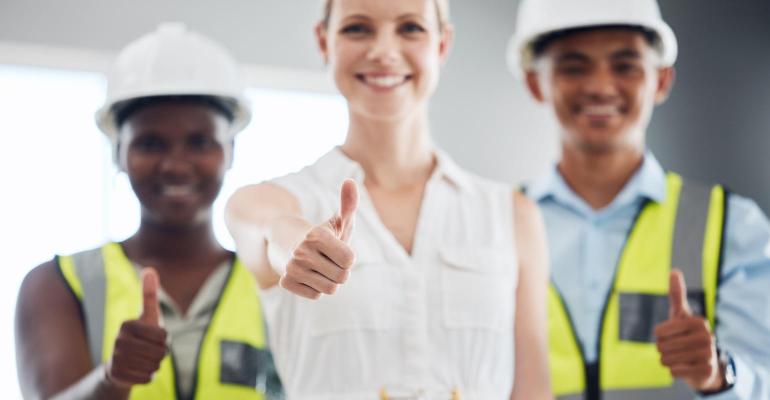 Saying “no” to change and innovation may mitigate risk in the short term, but in the long run, says Family Business Institute’s Wayne Rivers, it could be a business killer.

Recently, a contractor called me with a problem. He and his business partner (each holding 50% of the company) were facing a turning point in their business. They're losing their Minority Business Enterprise, or MBE, status, and they have relied on this pipeline of work for years. But, unfortunately, that pipeline is coming to an end.

The gentleman—let's call him Joe—knows the business will have to adjust and do things differently. So, Joe met with his partner and said, "You're a little older than me, and I'm a little younger than you, and we're at this turning point. We should talk about what we're going to do after our MBE status runs out and where we go after that."

The pair sat down with an attorney and outlined a succession plan. Both reviewed the plan and agreed to it, knowing it would benefit the company and its employees in the long run. A few weeks later, Joe's business partner returned to him and said, "I'm not too keen on this plan anymore. I don't want to do it."

Joe heard him out and outlined three alternatives he believed were reasonable; Joe's business partner shot down all three, and the two found themselves at an uncomfortable impasse. (It's important to note here that Joe and his partner do not have a buy-sell agreement—a sterling example of why every contracting company with multiple shareholders must have a modern shareholder agreement in place.)

I've witnessed this happen over the years in countless construction firms. Some people reflexively say no. I once visited with three construction leaders who were upset with their CPA: His work was always late, yet he charged a fortune. But even when the three leaders were put in contact with another local CPA who demonstrated that by using modern technology, he could cut their costs by 60% and provide on-time delivery, one of the partners refused to make the change. Without giving any business case for his decision, he said, "No, I want to stay with the old guy." And they did.

No one always wins, in my experience. But why? Why is saying "no" so powerful and seductive to certain people when faced with change? Here are three big reasons:

2. "No" allows everyone to cling to the status quo

Although it may be uncomfortable, and you know unequivocally that you need change, not changing is more straightforward than pushing against the established way of doing things.

3. "No" opens the door to change—for better or worse

People fear that initiating change may make things worse. And it may do just that. Things will likely get worse in the short run because people will be uncomfortable, and many things will feel new. You and those involved are leaving the status quo behind and getting outside your comfort zones. It's going to take a while to master new behavior, technology, techniques or personnel. But if you continually give in to the people who say "no" in your organization, ultimately, your business will face the consequences.

Saying "no" costs you people, and you can't afford to lose talented employees because you're unwilling to change, adapt, modernize and grow your capabilities. It costs you time. It prevents you from modernizing and doing everything you should do to make your organization more effective for your people and clients. And it costs you money. In the short run, it will seem like you're saving money. But in the long run, "no" costs you a bundle!

When you've got somebody in influence who balks at every new initiative, prevents growth and refuses the reality of change by saying "no" all the time, what do you do? These five tips will help:

There's no point in getting angry. In fact, sometimes that's what the naysayers want you to do. You're easier to control when you're angry and emotional.

2. Probe for areas where there's even a little "yes"

Maybe you want to do 100% of something. Is there 5% you could carve off over here or 3% over there to start encouraging more "yes" opportunities? The momentum of "yes" builds in the same way the momentum of "no" does.

If you want other people in your organization to change, you must model the changes. You must walk the walk. Start with your own attitudes and behaviors so that you can be an authentic example to others.

4. Find areas you can change unilaterally without further buy-in

If you're running a crew on a jobsite, you can start to do innovative things with that crew. Not something that violates company policy or values, but initiatives that build morale or otherwise improve things to enhance the quality of the team.

Joe had tried for over a year to get his business partner to adapt even a little. My advice to Joe was, "You have to play hardball."

His partner's pattern of saying no, refusing to change and refusing to talk substantively about these critical issues that affected the very future of their people reflected his desire to play hardball. But Joe also had valuable equity tied up in the business, and he was reasonably worried about the future. Joe needed to play the game just as aggressively as his partner, even if it meant lawyering up and forcing a buy-sell into being. Taking the high road is always advisable, but sometimes circumstances don't allow for that.

Saying "no" is the easiest way to manage risk. There is little to no short-term risk in saying "no," and it feels good to contractors to know that, in an incredibly risky industry, they haven't added to their risk burdens. But in the long run, saying "no" is a business killer.

Wayne Rivers is the co-founder and president of the Family Business Institute. He has authored four books about families in business and has appeared on multiple nationally televised programs.

He serves as an expert panelist for The Wall Street Journal and has been quoted by Forbes, Fortune, BusinessWeek, Entrepreneur, CFO, Family Business, The New York Times, The Washington Post and many other trade, local, regional and national publications.

For over 15 years, Rivers has produced a blog and written hundreds of articles for various magazines and trade publications. He has held workshops and lectures for trade associations, prominent companies and well-respected universities. Along with being an Informa Markets Infrastructure & Construction contributor, he has also been honored as a Fellow of the Family Firm Institute.